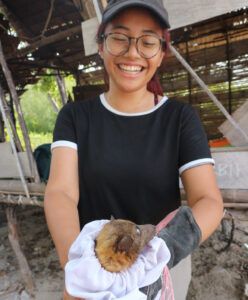 Sheherazade, also known as Shera, is the co-executive director of PROGRES (Sulawesi Regional Ecological Conservation Initiative, www.progressulawesi.id). This organization aims to initiate and empower locally-led conservation for protecting endangered yet overlooked wildlife in Sulawesi where she was from. Bundling the power of science and community alongside with Ms. Asnim Alyoihana, they have worked together with local youth groups in the village to firstly protect Sulawesi Flying fox from hunting. The success story and lesson learned from bat conservation is then used to replicate similar programs in other parts of Sulawesi for animals that face the same situation as bats, threatened yet neglected, such as Forsten’s Tortoise and Talaud Cuscus. Bats play a central role in providing her with challenges and thus able to come up with creative solutions, which are critical complementary to current conservation efforts in Indonesia.

Shera earned her MS degree at the University of Florida in Wildlife Ecology and Conservation fully funded by the CIFOR-USAID Master Fellowship Programs. She has led research on bats in Sulawesi since 2013, from documenting the trade in bats for bushmeat, calculating their pollination services to durian (important fruit commodity), to addressing the bat hunting and consumption together with local universities and other NGOs. Her full-time job for three years is a conservation scientist in Wildlife Conservation Society in Indonesia Program, while also active in Tambora Muda, a national level network for Indonesian young conservationists. For her dedication in the world of conservation, in 2020, Shera became one of the Guardians of the Earth by Tempo Magazine and was awarded by Peter Ashton Prize in 2020 for her paper on bat pollination services to durian. She also recently received Luis F. Bacardi Advances in Tropical Conservation Award for her works with community-based conservation for bats.

Dr. Iroro Tanshi is a tropical ecologist and conservationist, a lecturer at the University of Benin, and co-founder and Director of Small Mammal Conservation Organization (SMACON). She is the founding co-Chair of Bat Conservation Africa (BCA). Dr. Tanshi received her bachelors from the University of Benin (2008), Nigeria, her MSc from the University of Leeds (2012), UK, and her doctorate in biology from Texas Tech University (2021), Lubbock. Her work focuses on community structure and diversity patterns along environmental gradients in intact and disturbed environments with a special focus on unexplored areas and discovering at risk species. In 2021, Dr. Tanshi was named a Horn Distinguished Professors Graduate Research Awardee – the highest graduate student award at Texas Tech University. Dr. Tanshi has published two global reviews on bat hunting and deployment of harp traps. Her work has uncovered 10 new country records for Nigeria. Dr. Tanshi has received prestigious international awards including the Future for Nature Award (2020), and Whitley Fund for Nature Award aka “Green Oscars” (2021) for her work with local communities to conserve the endangered Hipposideros curtus. She is also deeply committed to strengthening the capacity of African field biologists who ultimately lead research and conservation in their countries. 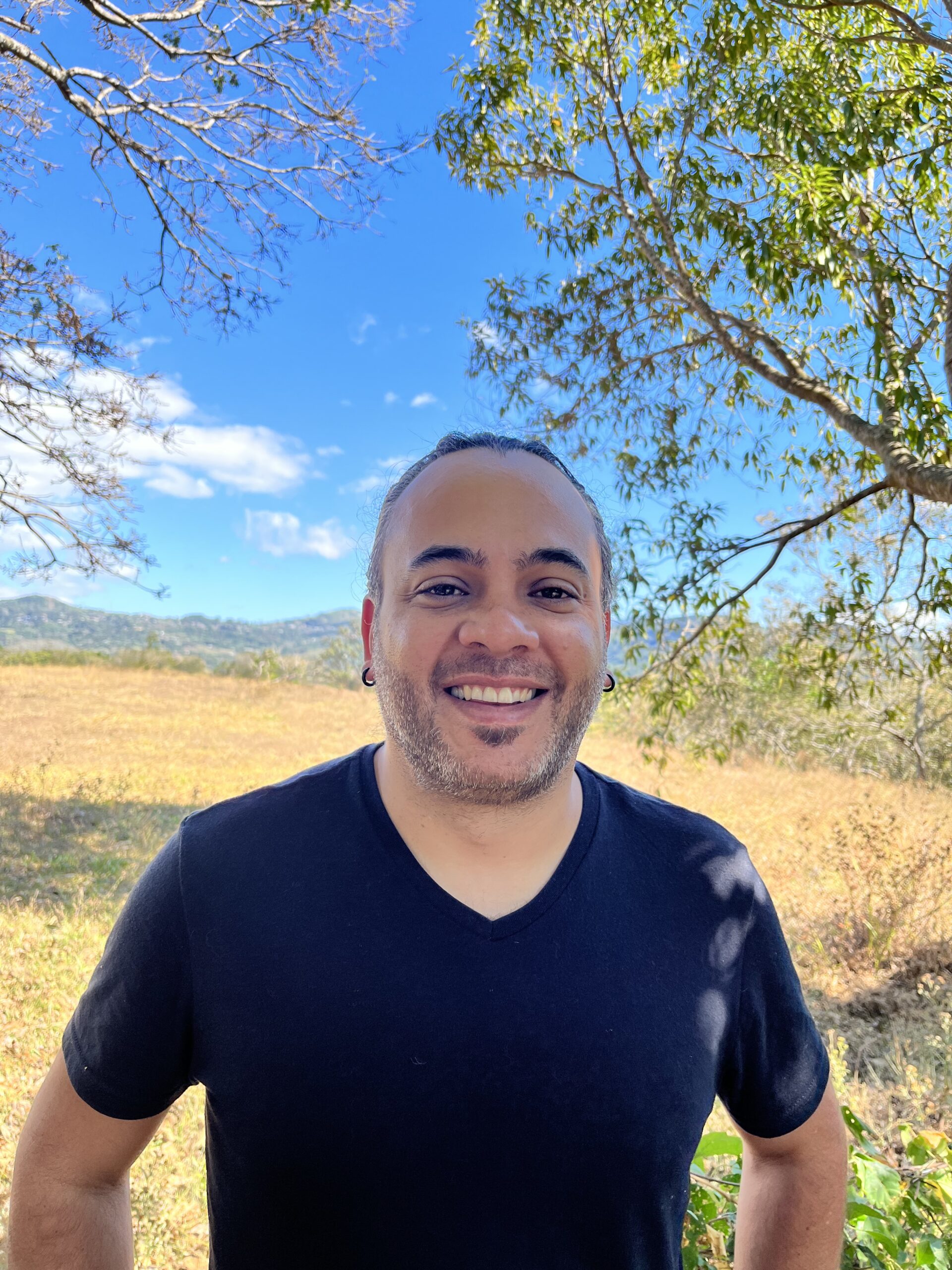 Daniel is a Costa Rican tropical ecologist and conservation biologist, professor and researcher from the University of Costa Rica. He received his Bachelors (2010) and Masters (2016) degrees from the University of Costa Rica. In 2021, he received his Ph.D. from the National Autonomous University of Mexico (2021) under the direction of Dr. Rodrigo Medellín, where he contributed to several projects of bat conservation both in Mexico and Costa Rica. He is an active member of Bat Conservation Programs in Costa Rica and Mexico. Recently, he was part of the team that designed priority action plans for the conservation of the Alto Golfo de California and The Pinacate Biosphere Reserve. His primary research is the ecology of bat-ectoparasite relationships through several dimensions such as: ecology, morphological variation, and phylogeography. Daniel’s new projects also aim to develop local networks of people in small communities working on conservation and restoration of natural environments, at the same time involving students in these tasks so that they can be more prepared for new science challenges. 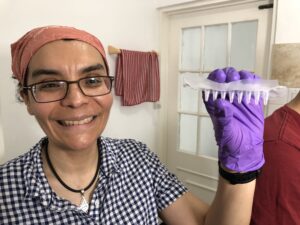 Dr. Liliana Dávalos is a professor of conservation biology at SUNY Stony Brook, on the Board of Directors of Bat1K, the Scientific Advisory Board of Bat Conservation International (BCI), and an administrator at the Global Union of Bat Diversity Networks (GBatNet). Dr. Dávalos received her Bachelor of Science in biology with an emphasis in genetics at the Universidad del Valle in Cali, Colombia. She received her certificate in Environmental Policy Studies and her doctorate in Ecology, Evolution, and Environmental biology at Columbia University in New York City.

Inspired by the richness of life and cultures in the tropical forests of her native South America, Dr. Dávalos has pioneered new ways of understanding how species and trait biodiversity emerge, and how to prevent habitat loss in biodiversity hotspots. Using integrative quantitative approaches, she has made significant contributions, upending understanding of fundamental questions in superficially disparate, but intimately connected, areas of biology: comparative evolution of dietary adaptations, quantitative paleobiology, and conservation policy. With 88 publications, Dr. Dávalos’ papers focus on a variety of topics such as ecological constraints, olfactory evolution, and modeling deforestation. 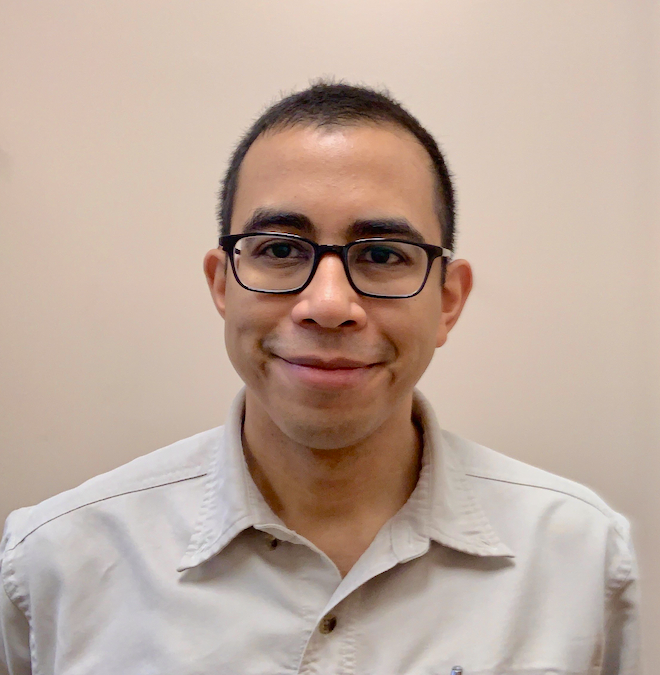 Dr. Gerald Carter is a behavioral ecologist, an assistant professor at The Ohio State University, and a research associate at the Smithsonian Tropical Research Institute. He is a board member of Bat Conservation International (BCI) and the North American Society for Bat Research (NASBR). He received his BSc from Cornell University (2005), his MSc from the University of Western Ontario (2008), and his PhD from the University of Maryland (2015). In 2021, Dr. Carter was named the “Outstanding New Investigator” by the Animal Behavior Society for his recent contributions to the field. His studies focus on the behavioral ecology of animal cooperation, using observational and experimental studies to test theory-based predictions about how vampire bats develop, choose, maintain, and regulate their social relationships. Dr. Carter has 60 publications on a wide range of topics in behavioral ecology. Recent papers have focused on social foraging, dominance, sickness behavior, and relationship development in vampire bats, and the statistical analysis of animal social networks. 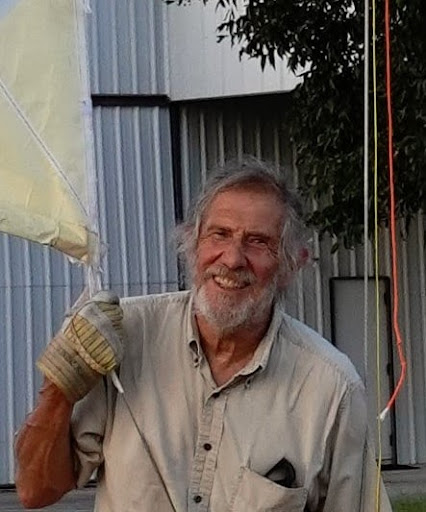 Dr. Gary McCracken is Professor Emeritus of Ecology and Evolutionary Biology at the University of Tennessee, Knoxville (UTK), where he taught for 42 years before “retiring” in August, 2021.  Dr. McCracken is a field biologist who often applies molecular tools and innovative field techniques to investigate questions concerning the ecology, behavior, and evolution of bats and other critters.  His research on bats has concerned mating systems, social behavior, communication, and relatedness.  He also has investigated foraging and flight behaviors, links to insect migrations, ecosystem services and disease ecology.  For four decades, Gary, his students, and colleagues have repeatedly returned to the Brazilian free-tailed bat (Tadarida brasiliensis) as a “magic well” of continuing significant and surprising discoveries.

Dr. McCracken has received numerous honors, including the Gerrit Miller Award for his contributions to research on bats, the James R. Cox Professorship, the Alexander Prize, and the Macebearer Award, the highest faculty honor given at his University.  He is an elected Fellow of the American Academy for the Advancement of Science.